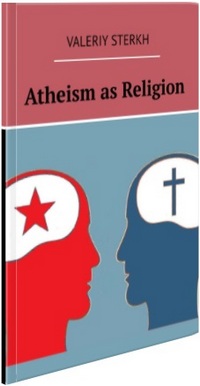 It is impossible to prove the non-existence of God, just as it is impossible to prove his existence. You can only believe – one way or the other. Nevertheless, people have made numerous attempts to provide evidence for God’s existence. We all know the five proofs of God’s existence by Thomas Aquinas. By our time, theologians have multiplied similar arguments to several dozens. Having read quite a few books on this topic, some of which are highly controversial, I don’t believe there is any point in reviewing them here in detail. At the same time, this subject should not be avoided entirely.

From the point of view of experiential knowledge, scholars have always asked: “Is it possible to register the presence of God if he is unknowable?” The answer to this question is twofold.

You cannot "detect God" using physical instruments, yet God makes himself manifest in this world. The way we interpret his manifestations is a totally different matter. A theist will attribute them to God while an atheist will seek another explanation. One’s choice of interpretation will depend on what the person already believes.

From a purely logical point of view, the most revealing of all arguments is the cosmological one, which is based on the law of causality. It runs something like this:

All physical phenomena have a cause. The cause of any material object is different from the object itself and is always outside of it. It follows that the very first object to ever appear in the universe must also have an outside cause. Consequently, the cause of the universe's existence is outside of the material realm.

And what about modern-day atheists? Unable to refute the cosmological argument directly, they will counter this argument by asking the question: If everything has a cause, then what caused God?

Theists reply that causality is applicable only to the physical world, and God does not require a first cause. This statement is unprovable. So, the question of whether God exists remains a matter of faith.